Well, it has been a while since my last blog entry, because the topics I was going to discuss I decided to keep quite about for a little while longer! But here is something that I am not going to keep quiet about because this is worth making some noise about, and this noise is my review of “Occult Traditions” edited by Damon Zacharias Lycourinos, and published by Numen Books. 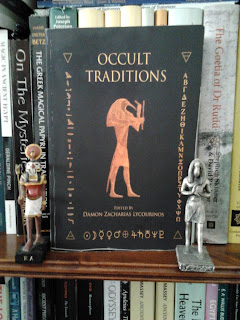 
The Hierarchical Cosmos Occult Theology as a Direct Continuation of Neoplatonism - Christopher A. Plaisance


From Roots to Fruits: A History of the Grimoire Tradition - David Rankine


A Source of the Key of Solomon- The Magic Treatise or Hygromancy, or Epistle to Rehoboam - Ioannis Marathakis


The Icelandic Tradition of Magic: Analysis of a Late-Eighteenth Century Icelandic Galdrabók - Christopher A. Smith


From Conjuror to Philosopher: A Comparative Analysis of Medieval and Renaissance Angel Magic - Christopher A. Plaisance


Dining with the Dead: A Canaanite View of Death and Necromancy - Tess Dawson


The Science of Omens: Divining the Will of the Gods - Gwendolyn Toynton


Seth, the Red One of Chaos and Equilibrium - Damon Zacharias Lycourinos


Wizards at War: Buddhism and the Occult in Thailand - Gwendolyn Toynton


Akephalos Being an Attempted Restoration of the Rite of the Headless One, according to the Stele of Jeu the Hieroglyphist - Matthew Levi Stevens


The Holy Guardian Angel: A Golden Thread in the Tapestry of Being and Becoming - Companion Abraxas


The Calling and Adoration of Aion, and the Spell of the Mystic Flame


The Hymnic Adoration and Invocation of Thoth''
Posted by Darren Scriven at Saturday, August 04, 2012 2 comments: 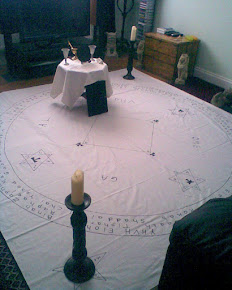